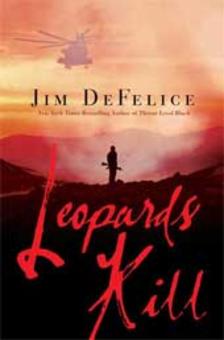 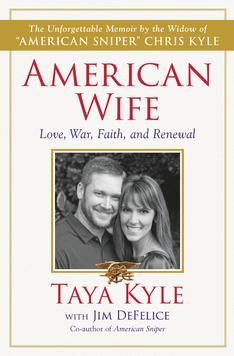 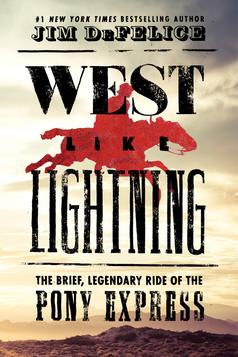 From war novels like Leopard’s Kill to inspiring biographies like Omar Bradley, best-selling author Jim DeFelice has explored the many facets of contemporary heroism. In American Sniper, an international blockbuster, Jim helped Chris Kyle explore the mindset of the modern warrior, his sacrifices and those of his family. More recently, he worked with Chris's widow Taya to tell her remarkable story in American Wife.

Jim's most recent book, West Like Lightning, steps back in time to the eve of the Civil War, illustrating the many challenged faced by the young men (and a few gray beards) who rode into legend with the Pony Express.

The author of over fifty books, Jim manages to be both entertaining and illuminating. Critically acclaimed, he never forgets he is writing for and about “regular” people.

A first-rank collaborator on fiction and non-fiction, Jim worked with SEAL Team 6 “daddy” Richard Marcinko on the best-selling Rogue Warrior series. He created and wrote the best-selling Dreamland with Dale Brown, as well as their Puppetmaster techno-thriller series. He has also collaborated with Stephen King, Larry Bond and Tom Clancy.

Best-known as the collaborator and writer who brought American Sniper to life, he worked with Iraqi interpreter Johnny Walker to create the best-selling Code Name: Johnny Walker. He has also written memoirs with a number of celebrities, including Dave Bautista (writing as Jeremy Roberts).

Jim’s stand-alone novels include Leopard’s Kill, described as Heart of Darkness meets the Inferno in Afghanistan. The comic espionage thriller,  The Helios Conspiracy, drew a starred review from trade critics as one of the best books of the year.

As an historian, DeFelice wrote the first book-length story of the birth of the U.S. Army Rangers in the crucible of World War II’s most infamous battle, Rangers at Dieppe. And his biography of Omar Bradley: General at War, remains the only critical book-length biography of America’s last five-star general. 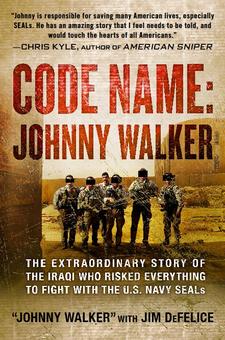