With breezy efficiency, DeFelice (American Sniper) traces the life and death of the Central Overland California & Pikes Peak Express Company, commonly known as the Pony Express, or the Pony. The legendary cross-country mail service, the creation of businessmen William Russell, William Waddell, and Alexander Majors, was established in April 1860 and lasted for a mere 18 months. DeFelice argues that the Pony “existed on the cusp of great change, partook of that change, and both affected and was consumed by it.” The sheer force of the narrative, however, overshadows the argument, and it’s a pretty wild ride. DeFelice frames his story with the six-day November 1860 trip that brought news of Abraham Lincoln’s presidential victory from St. Joseph, Mo., to Sacramento, Calif., the Pony’s main route. The ride, including employees’ encounters with feuding settlers in Kansas, bison stampedes, and hostile Native Americans, is rendered in fine, thrilling detail. DeFelice debunks oft-told stories about the Pony, especially the involvement of “Wild Bill” Hickok and Buffalo Bill Cody. He peppers the narrative with details about the cost of the service (initially $5 for a letter weighing up to half an ounce), the procedure for changing horses, specifications of the riders’ mail pouches (called mochilas) and guns, even the kinds of food the riders ate. Fans of the Old West will find many delightful nuggets in this fast-moving story. Illus. (May)


WEST LIKE LIGHTNING
The Brief, Legendary Ride of the Pony Express
Author: Jim DeFelice
Of thundering hooves and priority mail: a lively history of the short-lived but much-evoked Pony Express.As novelist and pop historian DeFelice (The Helios Conspiracy, 2012, etc.) acknowledges throughout, there's not much that we know with absolute certainty about some of the players and events in the Pony Express effort, a private enterprise for which records are not always available. The service was fast—a letter could cross half the continent in 10 daysthanks to the relay system of riders and fast horses—but "the idea of speed was really the important thing" in a time when telegraph lines were going up and plans for a transcontinental railroad were being conjured. The key players were an unlikely mix of slaveholders, frontiersmen, freighters, and entrepreneurs who saw opportunity in providing a communications infrastructure to a military stretched out across a vast, sparsely settled region. But there's much more to the Pony Express than just business history, for it threads into a landscape populated by young legends-to-be like Buffalo Bill Cody and Wild Bill Hickok, whose stories DeFelice happily weaves into the narrative: Courage and stamina were desiderata, of course, but as he notes, "if gunplay figured into it, so much the better, but you didn't have to be literally wild to be celebrated. Being tenacious and undaunted in the face of myriad hardships would do." There's plenty in the memories of supposed riders like Cody to suggest truth but not much hard evidence to say that they were actually onboard, which lends a nice hazy touch to the whole legend. Soon enough—in just a couple of years—the likes of Western Union, founded by an associate of Samuel Morse, "whose greatest genius was his ability to acquire and merge the various small companies operating local lines," would put an end to the Pony Express, but for all that, it lives on in memory. Good stuff for Western history buffs, to say nothing of fans of the Post Office.

West Like Lightning: The Brief, Legendary Ride of the Pony Express

Myths run rampant through the history of the Pony Express. Many people, for example, believe that pony riders made the entire circuit from St. Joseph, MO to Sacramento, CA. Author Jim DeFelice dispels these myths and more in his new book West Like Lightning: The Brief, Legendary Ride of the Pony Express (Harper Collins, $27.99). “History came to treat the riders like superstars, so much so that they would claim to have ridden for the Pony without having come close to one of its stables,” DeFelice writes. “But the mostly unsung heroes of the Pony were the stationmasters and supervisors who formed the company’s backbone.” But the book is so much more than a history of the Pony. The author presents a wide-reaching historical context from the east coast to the west allowing for expert contextual understanding of the world which the Pony Express – and its riders – came to be.

DeFelice, perhaps best known for his contribution with the late Navy SEAL sniper Chris Kyle in the 2012 New York Times bestseller American Sniper, offers a fresh and engaging look into an often-ignored piece of America’s frontier heritage. While the Pony Express lasted a mere 18 months and was rapidly replaced by the telegraph at the onset of the Civil War, DeFelice navigates the history and personal triumphs of the Pony with deft and grace. At the same moment the book presented by DeFelice is an academic study but reads like a wild ride through our western imaginations. West Like Lightning and its author Jim DeFelice are sure to stand amongst the great popular histories of the west by such giants as Robert Utley and Paul Andrew Hutton.

What people say about Jim's work


West like Lightning: The Brief, Legendary Ride of the Pony Express.

American schoolchildren learn a highly romanticized version of the Pony Express, its riders and horses passing into the realm of myth. In fact, the enterprise lasted less than two years before it was quickly overtaken by a newer technology, the transcontinental telegraph. At the Pony Express’ inception, people marveled in stupefaction that a letter could pass from the banks of the Missouri River to Sacramento, California, in 10 days. The Pony Express’ organizers put not only physical resources in place (horses, stables, equipment) but tried to control riders’ behaviors as well, demanding abstention from swearing, fighting, and drinking—commonplaces in lawless western regions. Meanwhile, riders faced threats from nature and political instability in areas such as Utah Territory. DeFelice, the veteran author or coauthor of both suspenseful crime novels (Drone Strike, 2014) and thrilling nonfiction (Fighting Blind, 2016), brings to galloping life characters from the Pony Express, meticulously debunking exaggerations and outright lies that have grown up over the years. Fans of frontier history and lore will relish the incomparable stories he relates. 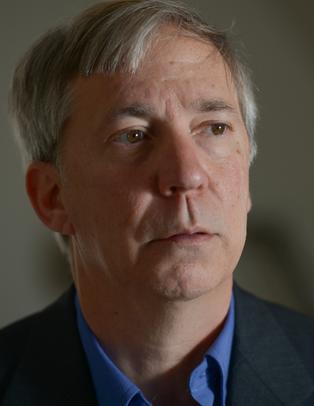