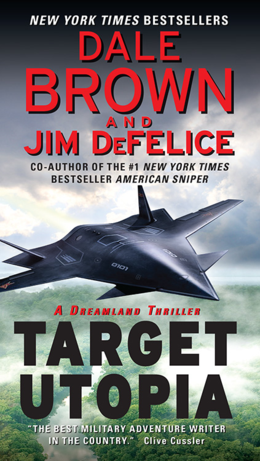 Autonomous combat drones, high-energy weapons, computers that can out-strategize a hundred human beings - just part of the scenery at Dreamland, the high-tech shangri la that is the setting for the long running techno-thriller series written by Jim with Dale Brown.

The latest book, Target Utopia, will be published in May 2015 by Harper Collins. Drone Strike, the fifteenth in the series, was published to critical and popular acclaim in 2014.