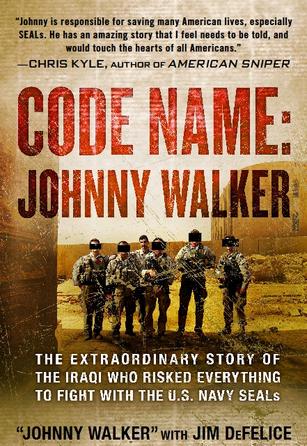 Johnny Walker is a true American hero - even though he's not an American.

An Iraqi who became an interpreter out of desperation to feed his family following the overthrow of Saddam Hussein, Johnny eventually worked with every important American force in Iraq during the occupation. He survived several attempts on his life before finally being helped to safety in the U.S. by the Navy SEALs. While initially reluctant to give up his dream of helping to rebuild Iraq into a better place, today he is proudly living the American Dream.

Or as Johnny puts it, "life is good."

Read more about the book, his incredible story, and how Jim came to write it.