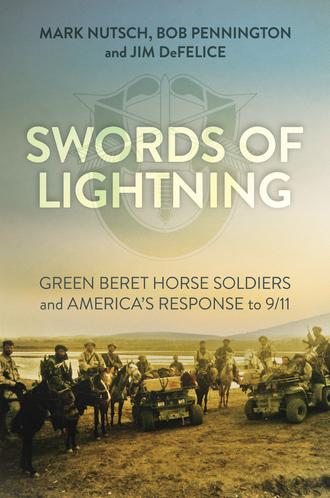 Whether as a novelist in works such as Leopards Kill, or a biographer whose work on Omar Bradley was the first full-length critical account of the general's life, Jim DeFelice has earned a reputation as one of the most entertaining and thoughtful popular writers of our time.

Perhaps best-known for his work with Chris Kyle on American Sniper, Jim has written over fifty books. Among his many NY Times best-sellers are techno-thrillers, a story anthology, and several works of nonfiction.

His work with Ray Lambert, Every Man a Hero, was awarded the Army Historical Foundation Distinguished Writing Award. West Like Lightning, his account of the brief but spectacular run of the Pony Express, was selected as a finalist for the Western Writers Spur awards.

What really happened in Afghanistan

Read the full, true story for the first time.

On sale now at bookstores and on-line.

Or order a signed copy here.